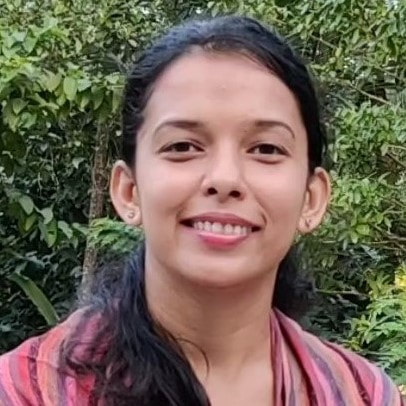 Dr. Yashaswini Bharadwaj, BAMS, MS-Ayu, Australia - Owner of Rhita Ayurveda, Melbourne, Australia/Sullia, India, Co-founder- Rhythm of Nature, Sullia, India, General Secretary- Bharadwaja Pratishtana Trust, India. I am a registered practitioner practitioner and educator in field of Ayurveda. I also work as guest lecturer at various institutions in Australia, India and Russia, Member of editorial board for ‘International Ayurvedic Medical Journal’. In 2015, established ‘Bharadwaja Pratishtana Trust’ in India to educate and help financially poor students and families with better education and wellbeing. Actively involved in research in Ayurveda and other Indian Traditional and folklore medicine. Apart from Ayurveda, actively involved in Human science, Vedic studies, Sanskrit, languages & literature. Practicing organic farmer and an activist for the cause. Served as General Secretary of Australasian Association of Ayurveda. Master of Surgery in Ayurveda in 2011 from the renowned S.D.M. College of Ayurveda, Udupi, Karnataka, India.

Abstract: ‘Inflammation’ is the body’s basic response to any irritant. The idea seems very simple but it is the single most reason for most of the health challenges we face. From infectious to allergic to non –communicable modern day challenges to health- the problems of 21st century, all revolve around this age old process of inflammation. This pathology was identified thousands of years ago by the stalwarts of Ayurveda as the singular important cause that begins either in mind or in the body and is capable of causing acute or chronic diseases and irreparable damage to the system. The statement holds good even today. In this presentation we will take an overview of both the modern and Ayurvedic views on the issue. We shall see what makes one prone for it, provokes it and also discuss holistic approach for preventing and modifying the pathology.