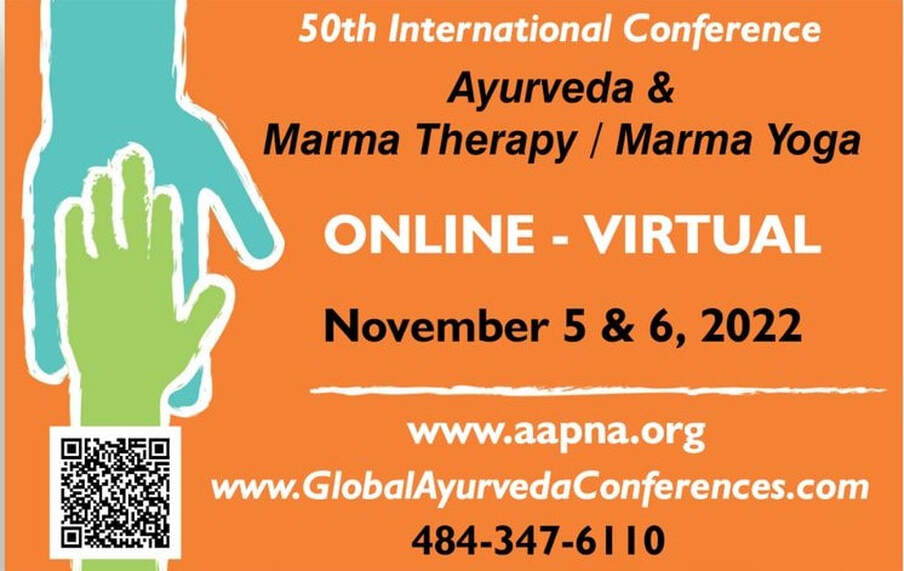 What is Marma?
The knowledge of Marma, the vital energy centers in the body, was explained in ancient Ayurvedic texts. Marmas are secret vital points of the body and mind, the seat for consciousness, and the energy reservoirs.  Marmas are junction points of muscles, veins, ligaments, bones, and joints. The seat of Prana (vital energy) resides in the Marmas.  Marmas are important key energy centers in Ayurveda, Yoga and Meditation. Marmas connect to various subtle nerves (Nadis) and energy wheels (Chakras) and resemble the acupressure points. The life force (Prana) situates in the Marma points. Toxins, stress and negative emotions can get blocked in the marma points for years, leading to pain, energy blockage, swelling and various kinds of illnesses. Blocked marmas are removed in Ayurveda through applying pressure, massage oils, warmth, external use of herbal and aromatic oils, and sound therapy.  Marmas are key points to focus on while performing ayurvedic massage.

Legends in Ayurveda and Yoga 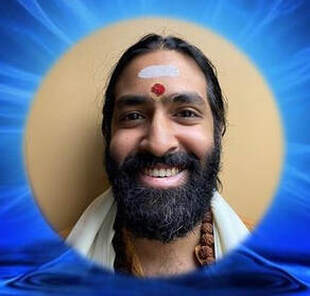 Pandit Neil Sahil Parmeswar, Pennsylvania, USA  -  is a Vedic Pundit and has been studying scripture for many years. He has more than 10 years experience in studying Vedas, Patanjali’s Ashtanga Yoga, and meditation techniques, studying under his gurus. He has also had experience in scriptures from other faiths, including the Bible and the Quran. He performs poojas & yajnas (Vedic prayer ceremonies) and teaches Vedas, mantra recitation, and yoga (as revealed by the ancient sages).
Topic: Mantra Yoga for Marma Therapy
Abstract: Mantra Yoga is a powerful tool for Marma Therapy. The ancient science of Mantra Yoga and Mantra Purusha is a lost part of modern Ayurveda and Yoga. The practice of mantra has many physical, mental, and spiritual healing benefits. 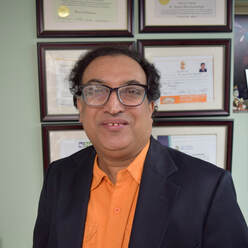 Shekhar Annambhotla, BAMS, MD-Ayu, RAD, RDAM, ERYT-500, LMT, FAAPNA, Pennsylvania, USA  -  who was trained in India and has been practicing and teaching ayurveda worldwide since 1988. Ayurveda is not just a system of alternative system of healing, but is actually a comprehensive and ancient science of health. It is Shekhar’s belief that due to the open nature of ayurveda and its timeless principles, it is a boon to those of us living in the modern, stressful world. Shekhar’s mission is to educate and help people live healthier lives with Ayurveda. Shekhar has the opportunity to serve at Maharishi Vedic Schools and Universities in The Netherlands, Austria, Hungary, Italy, Germany, France, Switzerland, Great Britain, Ireland, Portugal, Spain, Belgium, Trinidad, Guadeloupe, Jamaica (Caribbean Island), Colombia (South America), Peru, Costa Rica, Canada, Mexico and the U.S.A.  He has taught ayurveda courses in many prestigious universities in the United States including University of Pennsylvania (UPENN), University of Medicine & Dentistry in NJ (UMDNJ), Hershey Medical School, Jefferson Medical School, University of Penn Nursing School, and others.
Topic: Healing the Marmas to improve health
Abstract: