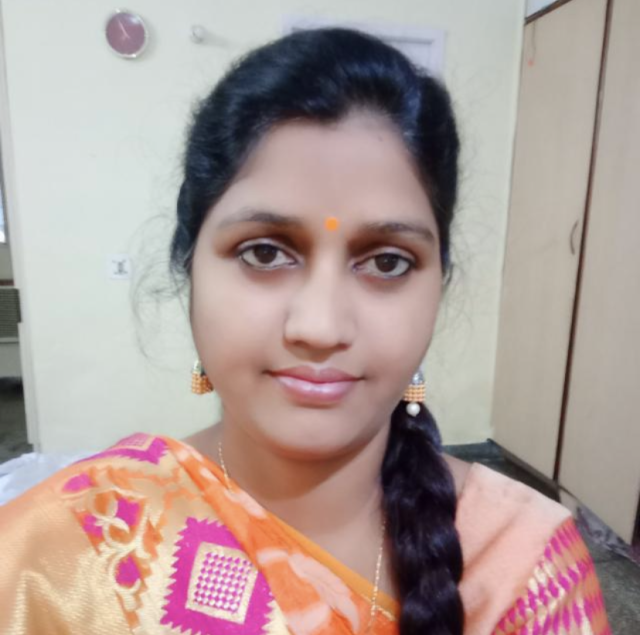 She is working as an Associate Professor at VYDS Ayurved Mahavidyalay, PG Department of Kaumarbhriya, Khurja, Uttar Pradesh, India. She is a good practitioner, deals with chronic life style disorders having 15 years of clinical experience. Her clinical excellence in the specialties like Uncontrolled Diabetes, Arthritis, Spine problems, old age related problems, infertility etc. She is the recipient of Best Paper Award (2017) for presenting a research paper on “Emerging epidemic of Lactational insufficiency in teenage mothers – an Ayurvedic panacea” at World Ayurveda Congress held at Kolkata. "Kashyapa" Award (2016) for Excellence in Ayurvedic teaching (Kaumarbhritya) from Association of Ayurvedic Professionals of North America (AAPNA). She also received "Ayurvisharada" Award by the Himalaya Drug company, Bengaluru for meritorious performance at Graduation (BAMS) level.  She is instrumental in developing the course & preparing the manuals for the course titled “Healthy Happy Mother and Baby Program" which is being offered by Maharishi European Research University, The Netherlands. She is also involved in developing the course and preparing the manuals for the vocational course titled “Ayurveda & Yoga Assistant" which is going to be offered by National Institute of Open Schooling (NIOS) under Ministry of Human Resource Development, Government of India. Dr. Snehalatha introduced the new terminology Pediayutrics (Ayurvedic Pediatrics). She has revived the Ayurvedic practice of Oil Birthing (application of Pizhichil for Eutocia / Sukha prasava) with which she has had great success, as well as introducing “Ghrita Dhara” into her clinical practice for the effective treatment of Autism Spectrum Disorder, Cerebral Palsy, Mental Retardation etc. She delivers talk on “Health promotion through Ayurveda” to create awareness among public across Delhi, which is organized by Ministry of AYUSH. She authored the books, written chapters for various health & para medical courses conducted by National Institute of open schooling and scientific articles on Ayurveda in different journals. She is also the peer reviewer and editorial board member of the many ayurvedic journals. Delivered many lectures on different topics related to Ayurveda at various platforms. Dr Snehalatha is a Life Member of National Academy of Panchakarma and Research (NAPAR) & National Ayurvedic Students and Youth Association (NASYA) and also Life member of Vishwa Ayurved Parishad.

Abstract: According to the Barker hypothesis, the period of pregnancy and the intrauterine environment are crucial and can influence the growth and development of the fetus as well as the child suture postnatal health to develop diseases like hypertension, diabetes, coronary heart disease, metabolic disorders, pulmonary, renal and mental illnesses. The maternal lifestyle, particularly diet, exercise, smoking & exposure to infections during pregnancy, have an important role in determining the risk to develop diseases that manifest themselves both during childhood and particularly in adulthood. Several epidemiological studies have revealed that exposure to an unfavorable environment in early life is associated with a significantly increased risk of later disease, a phenomenon termed ‘early life programming’. Factors that adversely affect the gestational and early postnatal environment such as maternal diseases and their treatments, life-style such as nutrition and activity as well as exposure to pollutants can alter fetal development with persistent effects on health. Several risk factors including overweight, dyslipidemia and high blood pressure track from childhood to adult life, and are linked to adult diseases. Health promotion through Ayurveda during ante natal will help to create optimal intrauterine environment or proper growth & development of the fetus to reduce the risk o adult onset of diseases. Prevention must begin early in the life i.e., maternal and childhood stage in the form of a public health campaign directed towards lifestyle changes of the family / society as a whole.