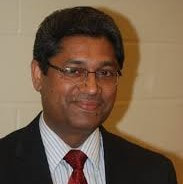 Dr. Somesh N. Kaushik, a BAMS graduate from India, completed his MPH, EMT and MPA from University of Alabama at Birmingham (UAB, 1986-1988). He worked as an Associate Dean with Trenholm State Community College, then with the state health department as an epidemiologist and Director, HIV/AIDS Sero-surveillance while maintaining an Ayurvedic practice in Montgomery, AL. He earned a Doctor of Naturopathic Medicine degree from University of Bridgeport in 2003, where he also taught ayurvedic medicine and public health courses and worked as Director of Admissions, Naturopathic Medicine until May 2006. He then joined Dr. Neeru N. Kaushik, Institute for Ayurvedic and Naturopathic Therapies.

Abstract: Menopause is not a disease, but a normal part of life. According to ayurveda, a healthy lifestyle is the best way to prevent major health problems and ease symptoms of the menopausal transition itself. Your overall health and balance when you reach menopause largely determines how smooth your transition will be. Health problems at menopause represent imbalances in the body that were already growing and are unmasked by the stress of shifting hormones. Menopause symptoms are Nature's wake-up call to let you know you need to start paying more attention to your health. Age 45 to 55 is a critical decade according to ayurveda. Ayurveda recommends preventive and curative management of symptoms of menopause, even though it is a Yapya condition. By following a proper diet, taking rasayana and certain poorva karmas and panchakarma considering the dosha, dhatu and mala, , menopause can be health-promoting, spiritually transforming and free of troublesome symptoms.