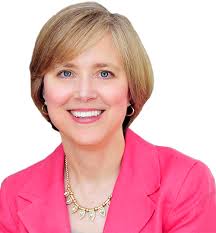 Named “one of the nation’s most prominent Ayurvedic doctors” by the Chicago Tribune,

Dr. Lonsdorf is formerly the medical director of The Raj Ayurveda Health Spa, an award-winning Ayurvedic treatment center (2000-2005), and The Maharishi Ayurveda Medical Center in Washington D.C. (1987-2000), the first Ayurvedice medical clinic in the nation’s capital.

Nancy Lonsdorf, M.D. received her medical degree from the Johns Hopkins School of Medicine and did her residency training in psychiatry at Stanford University. She trained in Ayurveda with leading Ayurvedic physicians and scholars in India, Europe and the United States.

Over the past twenty-four years of practice, she has treated 20,000 patients using Maharishi Ayurveda, the natural health system from ancient India, along with nutritional approaches, in-depth coaching and conventional therapies.

Dr. Lonsdorf has special expertise in women's health and is author of The Ageless Woman: Natural Health and Beauty After Forty with Maharishi Ayurveda (MCD Century, May 2004), and its hardback version, A Woman’s Best Medicine for Menopause: Your Personal Guide to Radiant Good Health Using Maharishi Ayurveda (McGraw-Hill, June 2002.) She has co-authored a best-selling Ayurvedic health guide for women of all ages entitled A Woman's Best Medicine: Health, Happiness and Long Life through Maharishi Ayur-Veda, published in 1995 by Tarcher/Putnam of New York.

Dr. Lonsdorf has served as a consultant and grant reviewer in complementary medicine for the National Institutes of Health, has lectured at leading medical institutions and is a frequently quoted expert whose work has been featured in numerous newspapers and magazines articles, as well as local and national media.