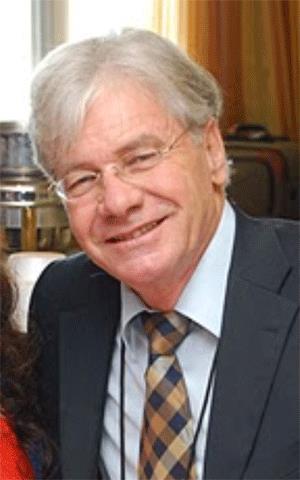 Dr. Bertrand Martin was born in 1945 in Vevey, Switzerland. He graduated from the Faculty of Medicine of the University of Lausanne in 1973 and specialized in Public Health in Guatemala (Master Degree) in 1976. He administered a research project in nutrition in Saudi Arabia and a primary health program in Mali. From 1989 on, he studied psychiatry. In 1994, he obtained a Certificate degree in Ayurvedic Medicine at Banaras Hindu University (BHU), India. Since 1995, Dr. Martin integrates the occidental and ayurvedic approaches (panchakarma, shirodhara, hatha yoga, raja yoga) in his practice of psychiatry. An International Professional Member of AAPNA, he received a Veda Brahma Award for his Outstanding Scientist Invention (Cristalmind™ Shirodhara) in October 2010.

Patanjali, a great Sage who lived in India during the 8th century BC, taught a scientific way to meditate which can be followed by anyone regardless of his cultural background and which is based upon direct experience. After more than 30 years of personal practice and over fifteen years of teaching Patanjali meditation to his patients around the globe, Dr Martin will transmit this basic practical knowledge on how to scientifically induce mental silence for women during their different stages of life.