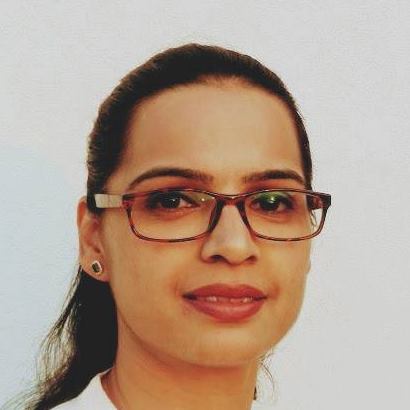 She has received her Master’s degree in Ayurveda (M.D Ayurveda) from Gujarat Ayurveda University and has done Specialization in Kaumarbhritya (Maternal and Child Health). She has been honored with a gold medal for her academic achievements during her postgraduate studies. She works as an Associate Professor at Indian Institute of Ayurvedic Medicine, Bangalore and works as a Chief Consultant at Ayushya AyurCare- Malleshwaram, Banaglore and as a Co-Founder of Nesar Yoga Foundation (Vivekanannda Yoga University Affiliated Center, Malleshwaram, Karnataka, India. She has published numerous articles, blogs on her blog Curayurveda and has conducted corporate workshops for corporate giants like KPMG, E&Y and Purvankara.

Topic: Ahara and Vihara during Pregnancy and its epigenetic influence on child's health

Abstract: Ayurveda advocates specially designed diet and lifestyle during pregnancy known as Garbhini Paricharya. We now know that there is very close connection between diet and lifestyle of the pregnant woman and health of child as well as occurrence of diseases in later life which we know as Epigenetics. Understanding Grabhini Paricharya in the light of epigentics and developing it further can be the solution towards reducing the occurrence of metabolic disorders like Childhood obesity, Poly Cystic Ovarian Syndrome and Type 2 Diabetes.