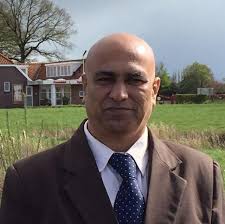 Prevention of PCOS (Poly Cystic Ovarian Syndrome) According to Ayurveda

Dr. Venkata N. Joshi graduated from Osmania University, Hyderabad, India with the degree BAMS in 1984, and then earned his MD (Ayurveda) from Gujarat Ayurved University, Jamnagar, during 1985-88, and also a PhD from the same university during 1990-92. He began his academic career as a lecturer from 1992-95, went on to becoming an assistant professor from 1996-97, and then served as Principal, Post Graduate Head of the Department, Professor & Board of Studies member at Rajiv Gandhi University of Health Sciences, Bangalore from 1997-2000. From 2000-2001, he was an academic consultant at University of Kelaniya, Sri Lanka, and then served as a Tutor at Thames Valley University, London from 2001-2002. Currently, he is a senior lecturer at College of Ayurveda UK in collaboration with Middlesex University, London, and also visiting professor to Zagreb, Croatia and the Denhaag, Rotterdam the Netherlands.

Abstract: Gender variations occurring now are attributed to varied dietary and lifestyle factors predisposed according to ayurveda. Apart from nature's experimentation at prenatal to postnatal harmonization, including any genetic factors, now are much laid attention to correct that balance through right intervention. Ayurveda does intervene at basic levels of pre-conceptual times. And thus the care and intervention to preserve the value of gender identity and role is much beyond to the scope of modern understanding. The dual energy of nature in ayurveda represents purusha & prakruti in the form of Agni (Fire) & Soma (the ember of moon) in life. PCOS is also the same as imbalance in between Agni & Soma concept according to ayurveda. Agni represents the given balance in digestive fire or enzyme mediated hormone functions in our body, while Soma is the strength of vitality of tissue function start from the humor Kapha and tissues like Rasa, Shukra and the essence Ojas etc. Present paper highlights some of the core issues pertaining to diet & life style variations as the prime cause for PCOS condition and recommend accordingly.